REVIEW OUR IDEAS AND JOIN US IN OUR ACTIVITIES!

Every organization has a story to tell.

With the national efforts for recovery following the historical EDSA revolution in 1986, parallel developments in the medical field were unfolding. The Philippine representation to the 5th Congress of the Federation of Asia-Oceania Perinatal Societies (FAOPS) in July 8, 1988, by the local pioneer in perinatology, Dr. Natividad L. Puertollano , opened the avenue for the formation of a body specifically aimed at addressing perinatal health. At the said congress, a suggestion to undertake the 1992 FAOPS International Meeting was made. This inspired then President of the Philippine Obstetrical and Gynecological Society (POGS), Dr, Vicente X. Genato to take the challenge. Hence, the initiation of the organization of the Perinatal Association of the Philippines (PAP) in 1989. 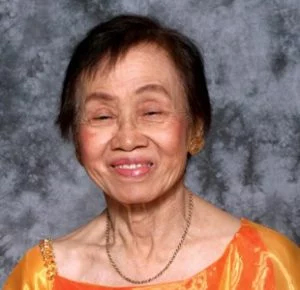 A multidisciplinary organization of societies involved in perinatal health advocacy, the representatives from the Philippine Obstetrical and Gynecological Society (POGS), Philippine Pediatrics Society(PPS), Maternal and Child Health Association of the Philippines (MCHAP) and the Integrated Midwives Association of the Philippines (IMAP) were gathered to form the core group. In its organizational meeting, POGS was represented by: Drs. Vicente Genato, Virgilio Oblepias, Natividad L. Puertollano, Nelia Salvacion, Julita Jalbuena and Rebecca Ramos. The PPS had Drs. Hermogenes Purugganan and Ma. Rosario Esperanza. Drs. Herminia Baja-Panlilio, Minerva Inciong, and Carmelita Cuyugan stood for the MCHAP, while the midwives group was represented by Cleotilde Elmedolan, Evangeline Valencia and Cecile Santos. The overwhelming desire to create a dent in “the care for the pregnant woman and her unborn child” drove these visionaries to put their acts together and work towards the set goal, including the eventual holding of the FAOPS in the Philippines.

The officers of the first Board of Trustees consisted of: President Dr. Natividad L. Puertollano, Vice President Dr. Ma. Rosario Esperanza, Secretary Dr. Rebecca M. Ramos, Treasurer Dr. Carmelita B. Cuyugan , and PRO Cleotilde Elmedolan. The rest of the board members were: Drs. Vicente X. Genato, Virgilio Oblepias, Herminia Baja- Panlilio, Josefina Resurreccion, Nelia Sison- Salvacion and Ms. Evangeline Valencia. The task was enormous but with the focused and determined members of the board, nothing was left untrodden to realize what the association was established for.The POGS at that time, without hesitation, recognized the PAP as the “only perinatal society in our country” and hence, relinquished its membership to the FAOPS in favor of the PAP. The POGS and the rest of the affiliate societies committed themselves to the vision-mission formulated and has continued to pursue efforts at curbing perinatal morbidity and mortality, achievable within local means.

The PAP, registered as non-stock, non-profit with the Securities and Exchange Commission in January 11, 1991, advocates optimal and perinatal care through education and research. Its ultimate objectives are to influence national policies pertinent to maternal and neonatal care, and encourage harmonious collaboration and networking among stakeholders in the pursuit of rational perinatal health. Simply stated: “create a milieu favourable for the mother to nurture a healthy infant thus, ensuring a healthy and productive new generation.” The PAP further aims to be the lead advocate of and the major advisory body on issues and policies regarding perinatal healthcare in the Philippines by 2015. This runs parallel to the United Nations and the Department of Health (DOH) Millennium Development Goals on maternal health.

Through its years of existence, workshop-seminars on Safe Motherhood and Newborn Health thru its modules on Perinatal Education and the Neonatal Resuscitation Program were undertaken. We recognize the efforts of Drs. Ruth V. Gutierrez, Emilio A. Hernandez Jr., Diosdado V. Mariano and Jose B. Salazar for the modules and cascades. These continuing education activities have undergone regular updates consistent with current needs and advances in technology. PAP members committed time and expertise to ensure sharing of these programs to perinatal healthcare providers.

Recognizing the importance of research in improving and furthering knowledge , at the same time keeping abreast with the international community, Dr. Aretas Singson-Alday initiated this research program in 1998 and thereafter, the perinatal community witnessed the conduct of the Annual Research Contest and the regular publication of the PAP Journal . The PAP Research Contests have consistently been participated by members from the affiliate societies.

To get more people involved, regional membership was tapped, thus PAP Regional Chapters were created in 2003 during the incumbency of President Dr. Ma. Louisa U. Peralta. Iloilo pioneered in this regard. To date, PAP has chapters in Cagayan de Oro, Cebu, Davao, Ilocos and Iloilo. It prides itself with a membership of 786.

Attempts at collaboration for the pursuit of meeting the UN and DOH MDG, Drs. Ma. Corazon Zaida N. Gamilla and Dolores Belmonte-Sy facilitated the conduct of a workshop on “Regionalization of Perinatal Services” in April 2005. Resource experts included Dr. Heather Jeffrey (Australia) and Drs. Tsuyomo Ikenoue and Seishi Furukawa (FAOPS representatives). Several attempts at it had been made. There is still much to do. The search for directions to realize it is in progress, or will it remain to be a dream? 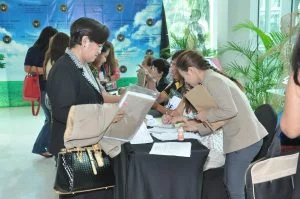 During the convention and business meeting of the Federation of Asia and Oceania Perinatal Societies held last May 20-24, 2008 in Nagoya Japan, PAP representative and immediate past president Dr. Socorro D. Mendoza was elected Deputy Secretary General of the Eastern Region of the FAOPS, a first in the 18-year history of the Association. Under her stewardship includes the perinatal associations of Mongolia, Taiwan, Hongkong, Japan & Korea, aside from the Philippines.

PAP at 18 hurdled through financial difficulties. This did not stop the direction set by its ExeCOM and Board of Trustees headed by then President, Dr. Caridad E. Molino (+). For its 18th year Celebration, the Organizing Committee chose the theme: “THE PHILIPPINE PERINATAL EXCHANGE 2008: Cruising the Network of Perinatal Health” Invited resource speakers came from WHO, POGS, PPS & MCHAP. Part of the highlights of the celebration was the launching of its Administrative Manual, a labor of love by its Past Presidents, and the reformatted PAP website.

Its constant growth in membership, academic, as well as social responsibilities served as impetus for the PAP Board to house it in one of the units at the PPS building. The purchase of its own home was realized in 2009 after the approval nod by the PAP advisers. There, various meetings of the Board, Organizing Committee for the Annual Convention and special committees were held.

Several more developments followed. The PAP office moved to its permanent home in 2011 at the Phil. Pediatric Society building, Kalayaan, Diliman, Quezon City. More CME programs were developed. These included the PAP Caravan (red flags of pregnancy and the newborn) and the Kangaroo Mother Care (inspired by the works initiated by Dr. Socorro Mendoza). The first PAP Position Statements on Preconception and Prenatal Care were formulated and eventually presented and approved for adoption in 2012. The Annual Research Contests have improved in contents and participation.

Additional programs to further PAP’s advocacies were developed in 2010-2012. These included The Gift of Life, Touch Therapy, Infant Care and the Kangaroo Mother Care (spearheaded by Dr. Socorro DL. Mendoza). In regard the latter program, partnerships with Gat Andres Bonifacio Medical Center, Western Visayas Medical Center and Mariano Marcos Provincial Hospital were forged. Training of Trainors Workshops was held to ensure proper implementation of the KMC. The PAP Taskforce on Best Practices developed guidelines for Preconception and Prenatal Care and, Early Newborn Care. The handbook was presented to the membership during the 2012 Annual Convention. The PAP engaged in consensus undertakings with the POGS and the WHO for CPGs on Intrapartum Care and Delivery and Immunization for Women.

In 2013, PAP was recognized as stakeholder and advocate on issues concerning Maternal and Child Health and, Perinatal Health. PAP was part of the consultative meeting with the NIH, National Center for Disease Prevention and Control – Family Health Office for:

Maternal Nutrition in the Phils.: Its Impact on Neonatal Morbidity and Mortality

Amendments to the Midwifery Act 1992 -National Protocol for Perinatal – Maternal

The current 2014 PAP board strives to increase PAP regional membership and initiate the gathering of the National Perinatal Statistics. Attempts at inviting societies to be affiliate members were pursued in 2014. These were done in preparation for the conduct of the 2018 FAOPS in Manila. Secretary-General Dr. Socorro DL. Mendoza has vigorously counselled chosen members in regard strategies to get good attendance from participating regional Perinatal societies.

By this recount, so many people have involved themselves and committed to the PAP, mostly as volunteers, which undoubtedly remain truly inspiring. Collective efforts for the pursuit of our goals to make a difference continue to be evident. Expertise and networking proved to be the key. We hope to continue the torch initiated by our leaders and realize the MILIEU in favour of PERINATAL HEALTH. Currently recognized by the World Association of Perinatal Medicine and the Federation of the ASIAOCEANIA Perinatal Societies, there is no stop for the PAP to be the lead in Perinatal Health in the Philippines.

Perinatal Association of the
Philippines, Inc.

An association composed of obstetricians, pediatricians, midwives and nurses dedicated to promoting maternal and neonatal welfare. Browse through our story, review our ideas and join us in our activities. View more...